About The Palm Tree

About The Palm Tree

I decided to found C.M. Carrillo Financial Advising in December of 2015, and at that time, I had a very clear vision for the firm. However, from a marketing perspective, I also knew there were some things that I would have to figure out. At that point, I had two primary concerns. The first revolved around the concept of brand recognition and the second involved my desire to avoid any trademark or copyright infringement issues. The solution that I identified was to combine the brand identify of my practice with the history of my family, and specifically my family’s surname as well as our historical family crest and coat of arms. By using my family's crest and coat of arms as my business logo, I knew I would successfully manage to avoid any legal challenges because obviously my family’s crest and coat of arms belong to my family.

Now it should be noted that from a very early age, I have always been an avid student of history. I have always found history utterly fascinating. Consequently, as I worked to establish the firm, I found myself becoming more and more curious about the history of my family and also about the significance of the design that our ancestors chose when creating our family crest and coat of arms.

I remember thinking to myself, “Why did they decide to paint a palm tree on the shield?” In my mind, I had this image of a knight on a horse riding onto the field of battle and I thought to myself, "If you were a knight in those days and you were preparing for a battle, wouldn't you want to paint something on your shield that would inspire fear in the enemy?" And then I thought, "What would the enemy think if they saw a palm tree coming at them? What would they think we were going to do? Start throwing coconuts?" It was somewhat perplexing.

As a result of this train of thought, I decided to do some research on palm trees, and what I learned was incredible.

You see palm trees are located in parts of the world where it is common to have severe weather. – Hurricanes for example. And whenever palm trees endure a storm, they bend, but they don't break. And then after the storm passes, they right themselves and their roots get stronger.

Upon learning this, I thought to myself, “I absolutely love that!" Palm trees really are very symbolic. They represent the fact that our family is very strong, very resilient, and also that we have strong roots.

Through my research, I also learned that The Carrillo Family is a very historic Noble Family that actually has ties to Italy and Spain. The Carrillo Family surname first appears in the historical record in 1189 in Monreale, which is a town just outside of Palermo in Sicily. In 1194, a member of the family became The Archbishop of Monreale. He was known as Archbishop Carus. Carus is the Latin version of Caro, which over time evolved into Carillo and Carrillo.

Furthermore, The Carrillo Family has always had a special reverence for Palm Sunday, which marks the beginning of Holy Week each year. Just as the people welcomed Jesus into Jerusalem with palms, so too do we welcome Him into our home and strive to serve Him throughout this journey that we call life.

Today, the family is very proud of our palm tree. Various members of our family are actually involved in a number of different businesses, and on a daily basis, we really derive a substantial amount of satisfaction from helping people solve problems and enhance their quality of life. We do this in a variety of different ways, and at the end of the day, we are always here to help in any way that we can. 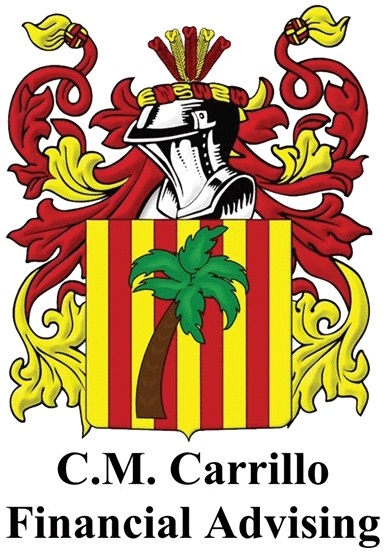 Monreale
The Monastery | The Cathedral | The Town

The town of Monreale initially grew up around an important monastery of The Benedictine Order. Monreale derives its name from the Latin Mons regalis, which means Royal Mount. The Cathedral of Monreale and its annexed abbey, which is a specific type of monastery under the rule of an abbot, were actually completed in stages.

King William II of Sicily, known as "William The Good" because of his policy of clemency and justice toward the towns and the barons, was a Norman King. Therefore, it is no surprise that The Cathedral of Monreale is one of the greatest examples of Norman architecture. That being said, the cathedral actually combines a variety of architectural styles including: Norman, Byzantine, Renaissance, and Baroque.

Furthermore, The cathedral is world renowned for its magnificent collection of mosaics, which are believed to have been completed between 1180 and 1190 by a group of craftsmen trained in Byzantium.

In 2015, The Cathedral of Monreale was named a World Heritage Site by The United Nations Educational, Scientific, and Cultural Organization (UNESCO), which seeks to build peace through international cooperation in Education, the Sciences, and Culture. The cathedral is also a National Monument of Italy and it is one of the most important attractions in all of Sicily.

Helping You Transform Your Vision Into Your Reality